“Many addicts struggle with mental disorders. I myself struggle with bipolar one and it is the cause of much of my use (read my journals for more personal accounts). Using drugs to defeat things like that or depression and anxiety most often make things worse. It can further offset the symptoms despite the immediate satisfaction. Its important to see a psychologist, being as honest as you can, to seek proper treatment. I have found that treating my illness with prescription drugs has controlled my mental/emotional state far better than any illegal substance I have ever used. The effects are long-term and with the help of medial professionals, I am able to stay sober and sane.” – Love, Robyn

There is a complex relationship between addiction, such as alcoholism, and mental illness. Treatment needs to focus on both conditions at the same time, once the right diagnoses have been made.

The complexities of mental illness are often compounded by drug and alcohol abuse, making it a challenge to get the right diagnoses and treatment for both.

Drug Abuse and Mental Illness: A “Complex Dance”
“Mental illness and alcoholism or drug abuse interact in a complex dance, “says James Garbutt, MD, professor of psychiatry at the University of North Carolina at Chapel Hill and research scientist at UNC’s Bowles Center for Alcohol Studies. “Mental illnesses can increase the risk for alcoholism or drug abuse, sometimes because of self-medicating. On the other hand, alcoholism can lead to significant anxiety and depression that may appear indistinguishable from a mental illness. Finally, one disorder can be worse than the other.”

According to Stephen Gilman, MD, an addiction psychiatrist at New York University in New York City, “Alcoholism and drug abuse addictions and other psychiatric disorders often occur at the same time. However, they are distinct disorders that must be treated as such in order to get a good outcome for the patient.” 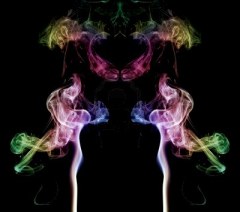 Drug Abuse and Mental Illness: Likely Conditions
Certain mental conditions are frequently associated with alcohol and drug dependency. They include:

Those with a mental disorder may also be less inhibited and more likely to show risk-taking behavior — like buying and using illegal drugs or drinking to excess — that could quickly lead to alcohol or drug abuse. “Individuals with a mental disorder could have impaired judgment and consume higher amounts of a drug or alcohol, says Dr. Garbutt.”

Drug Abuse and Mental Illness: Underlying Causes
There are also other factors that could explain the frequent simultaneous occurrence of addiction and mental illness, including:

That number is even higher in those with certain mental conditions. “A variety of mental illnesses such as post-traumatic stress disorder, antisocial personality disorder [characterized by a lack of empathy toward other people], anxiety, sleep disorders, or depression, increase the risk of addiction. Those with the highest risk of addiction have bipolar disorder or schizophrenia — up to 50 percent [of people with these conditions] can have an addiction,” says Garbutt.

Researchers don’t yet know exactly why people with these particular disorders are at an increased risk for addiction, says Garbutt, but it has been noted that:

Drug Abuse and Mental Illness: Treating Two Sets of Symptoms
According to Gilman, “It is very important, but often difficult, to distinguish which symptoms are psychiatric and which are addictive. A person must be substance-free for a period of at least two weeks in order to tease apart the various symptoms.”

“Clinically speaking, you have to treat the addiction and the psychological symptoms at the same time. Misdiagnosis, and therefore under-treatment, is common, such as when an alcohol addiction is masking bipolar disorder,” says Garbutt.

Garbutt and Gilman both believe that treating an addiction and a mental illness at the same time is possible, and when you treat them together you can begin the process of unraveling the underlying causes of each.

“Going into a detox facility during withdrawal from drugs and alcohol is not only safer but highly recommended to those who are trying to stop using because you will receive a lot of support. Commonly, after one goes through detox, they will be able to work with staff to determine the next steps in their treatment. This can include inpatient or outpatient programs that will help educate and inspire a life of sobriety.

“You don’t have to go through withdrawals alone. It can be scary not understanding whats going on with your body. Below are a list of symptoms to look out for to assure that, yes, you are going through withdrawal and yes, you need to seek help.

“I know that I had no idea that I was going through withdrawals when I first experienced it. I was in denial about my addiction and I wish I sought help immediately before I decided to simply replace my drug of choice, thinking they weren’t as bad as the ones I was using before. ” -Love and light, Robyn 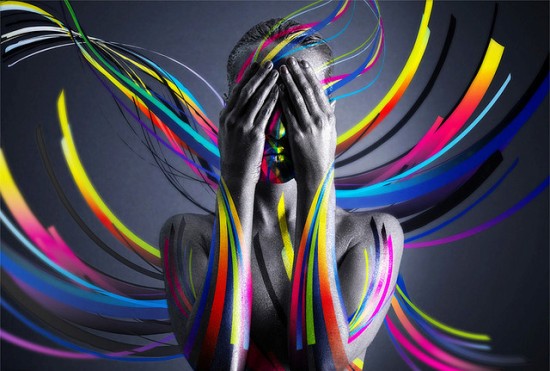 When it comes to alcoholism and drug addiction, going cold turkey is not the right option. Supervised detox is usually safer and may be the best route for you or your loved one.

Treatment for alcoholism or drug addiction involves undergoing therapy to help you mentally and physically recover from theaddiction. In order to get better, you must physically “cleanse” your body of the substance. To avoid a life-threatening reaction brought on by withdrawal from alcoholism or drug addiction, it’s best to seek professional help instead of trying to go it alone.

Ending Drug Addiction: Withdrawal and Detox
Withdrawal — stopping alcohol or drug use — can be extremely dangerous if done on your own, which is why a carefully administered plan for detoxification is the safest way to end your drug or alcohol addiction.

According to James Garbutt, MD, professor of psychiatry at the University of North Carolina in Chapel Hill, and research scientist at the Bowles Center for Alcohol Studies, “Everyone is going to have to go through detoxification to withdraw from a substance. The question is, when is it medically dangerous and when does it require medical oversight?”

Withdrawal from many drugs can bring symptoms such as agitation, sweating, an inability to sleep, and high blood pressure. Opiate and narcotic withdrawal symptoms can be among the most difficult. Opiates and narcotics are classes of drugs that include heroin, codeine, Demerol (meperidine), and Oxycontin (oxycodone), which are taken to achieve a sense of euphoria in those who abuse them.

Other substances that tend to cause more severe withdrawal symptoms, and potentially life-threatening symptoms, are barbiturates, alcohol, and benzodiazepines, according to Stephen Gilman, MD, an addiction psychiatry specialist in New York City. “Withdrawal from these substances should be handled in a hospital.”

Drug Addiction: Symptoms of Withdrawal
Symptoms of withdrawal depend on the object of the addiction. The following symptoms may result:

Ending Drug Addiction With Medication
Another reason detox in a controlled setting is important: Medical professionals can administer medications to ease withdrawal symptoms. Ironically, sometimes these are the same drugs that are being abused.

From http://www.webmd.com by Linda Foster, MA and medically reviewed by Cynthia Haines, MD